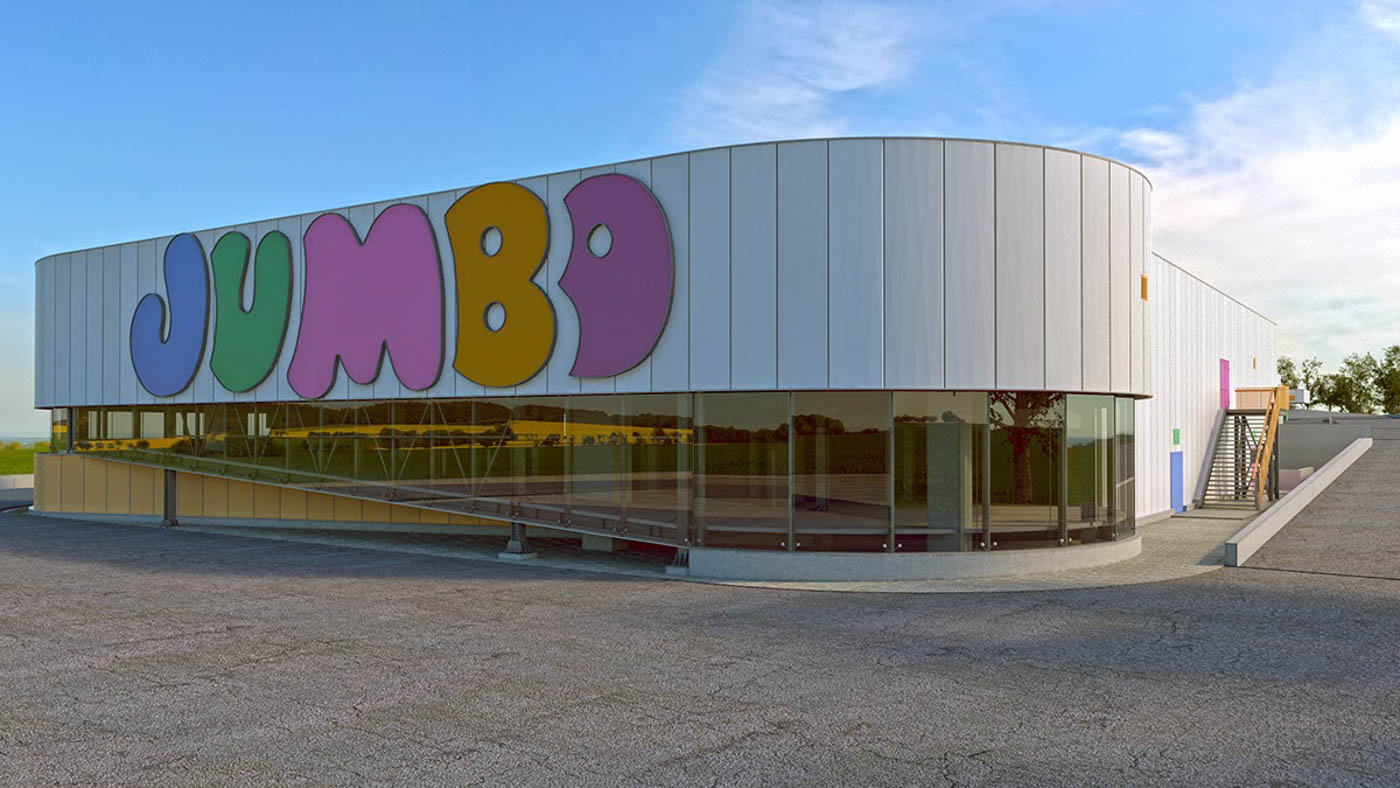 The company was incorporated in 1986, and expanded to 112 stores, 54 of which are located in Greece.

For the JUMBO SA's retail complex in Tripolis, Greece, we provided Architectural Design and BIM Implementation Services, covering all stages from concept to construction.

As there was an existing building that was going to be refurbished and expanded according to the need of the new program, a Scan-to-BIM process was followed, and the existing structure was captured in 3D with a Laser Scanner and then modeled into Revit to have an accurate representation of the real world conditions of the site. 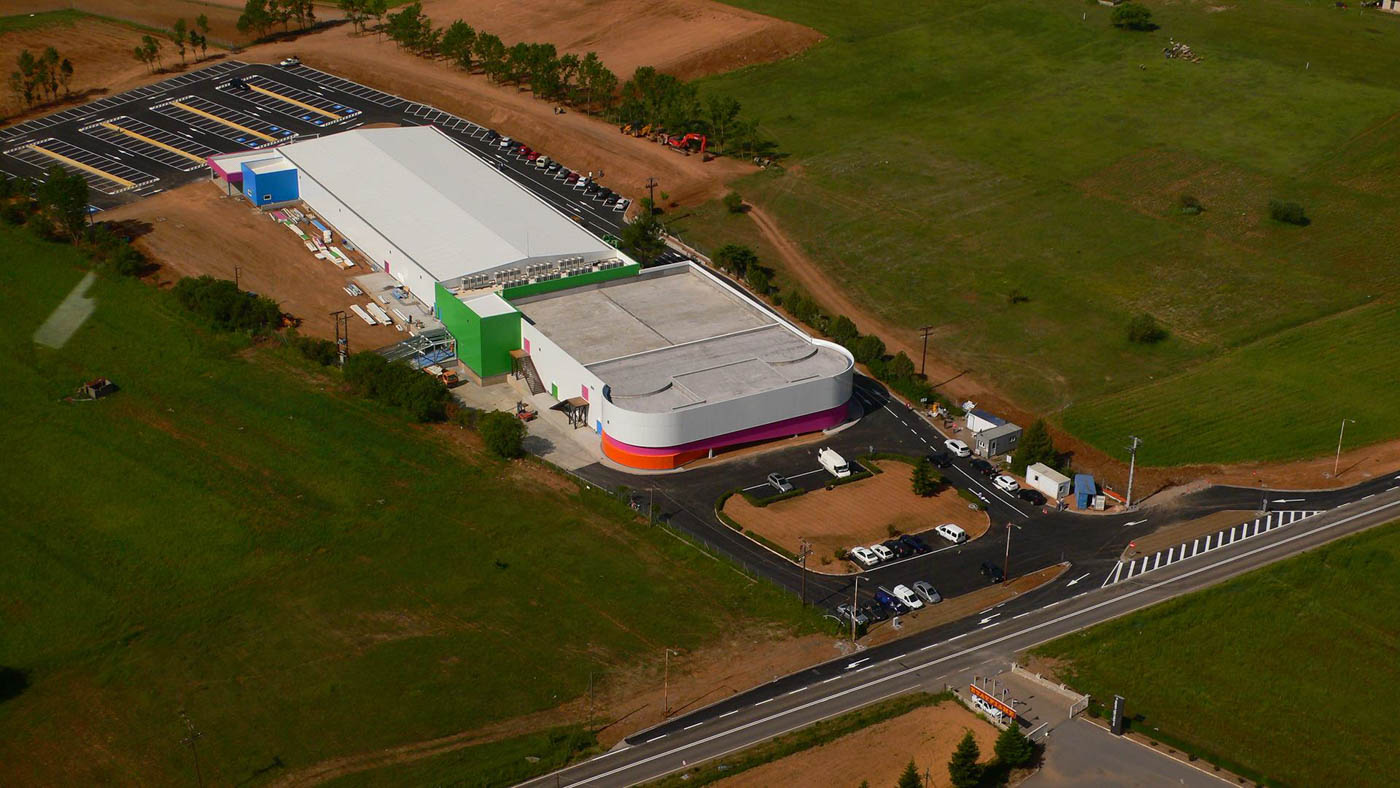 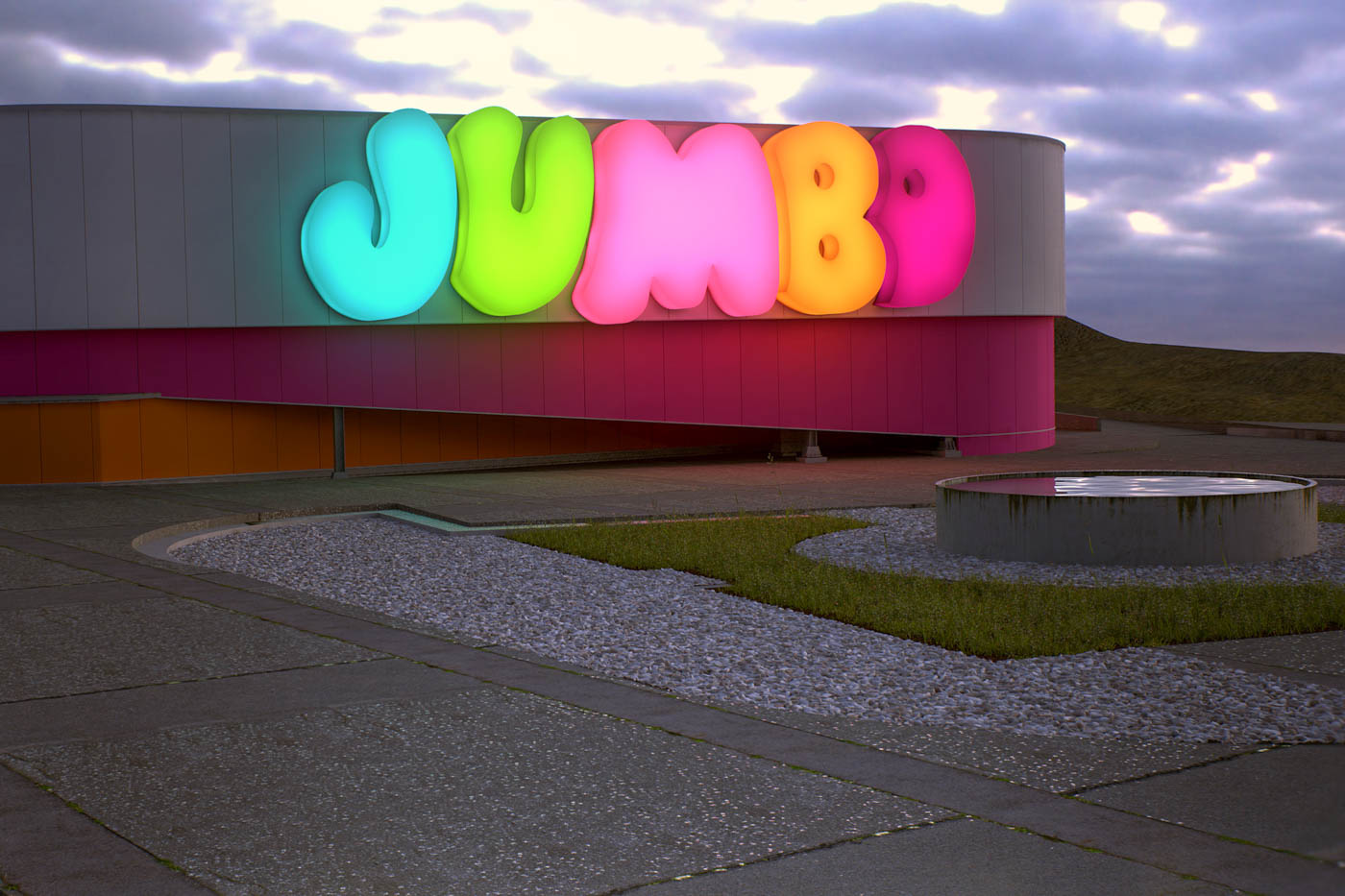 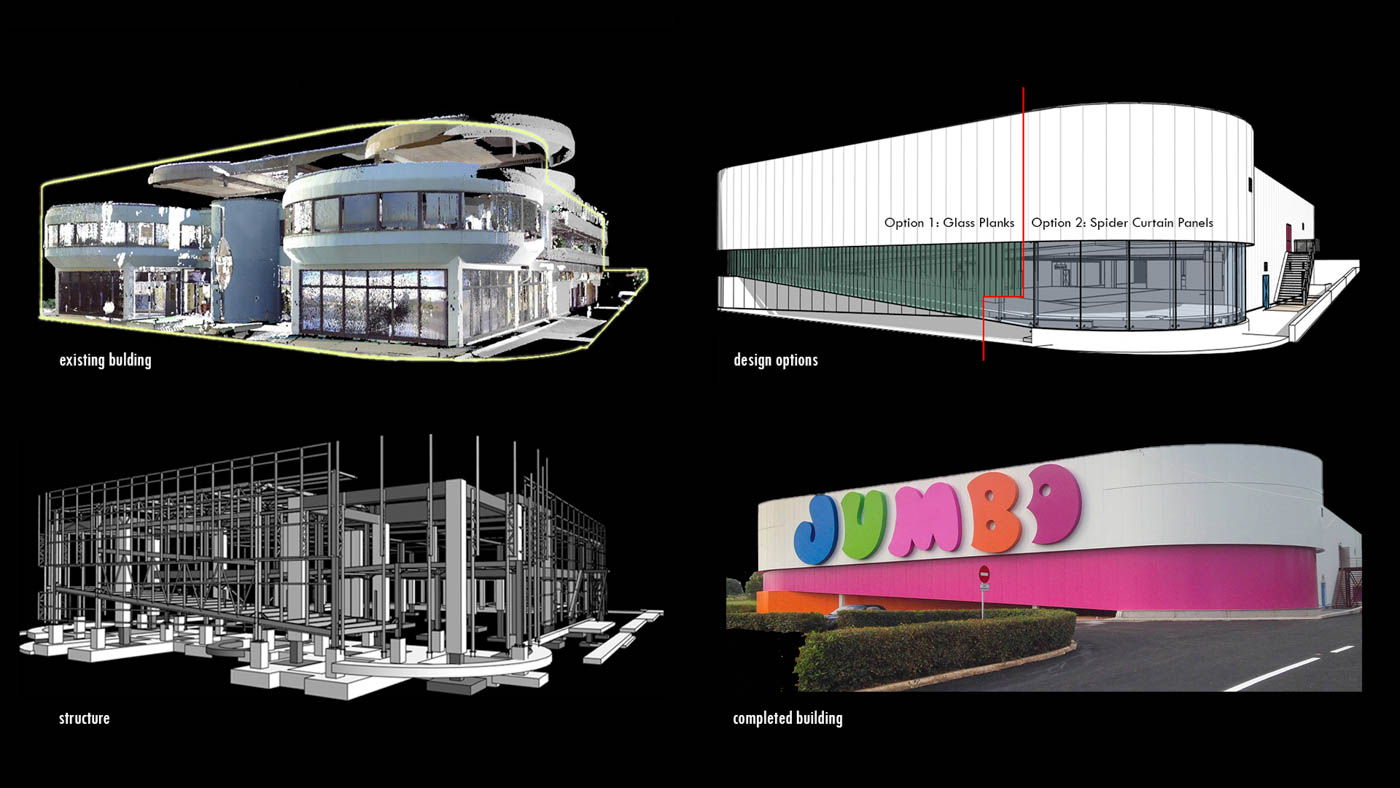 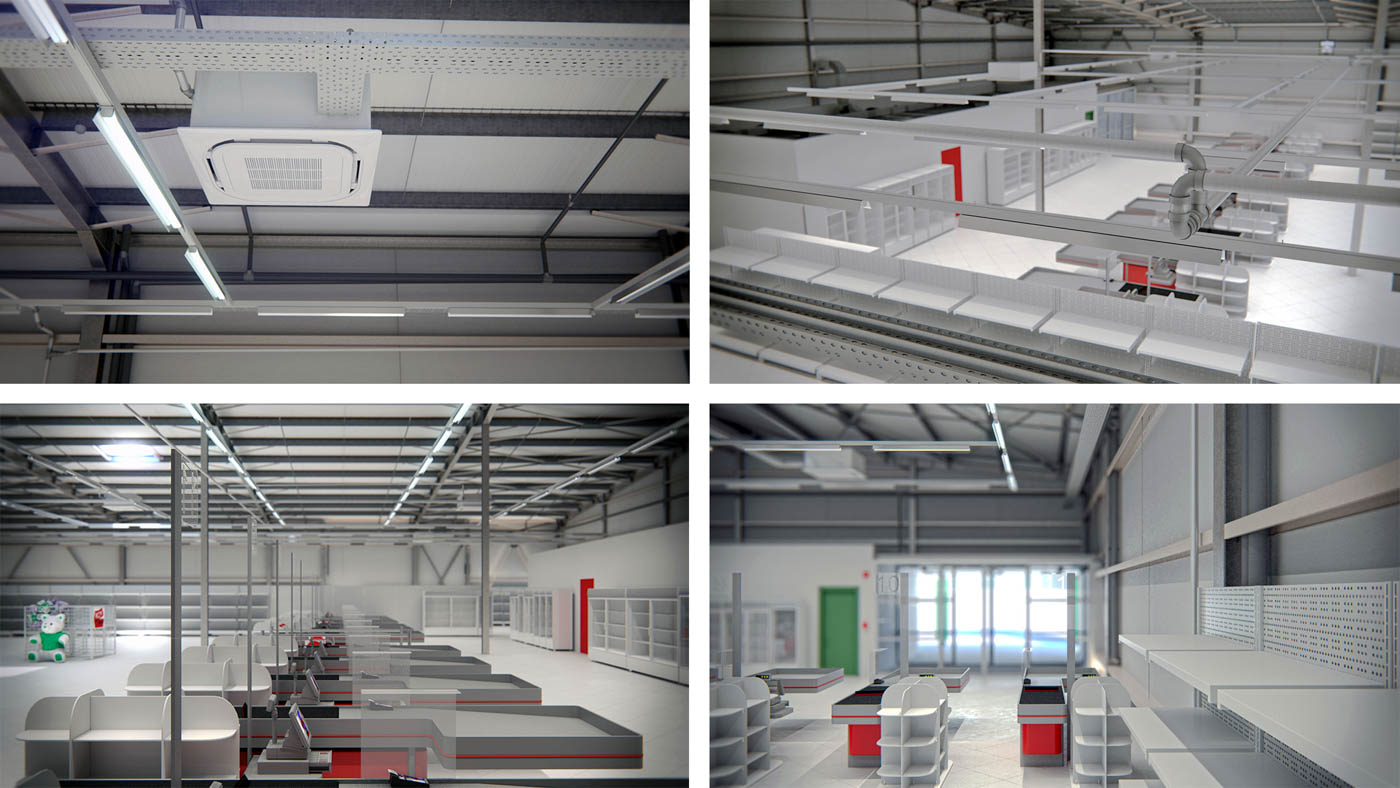 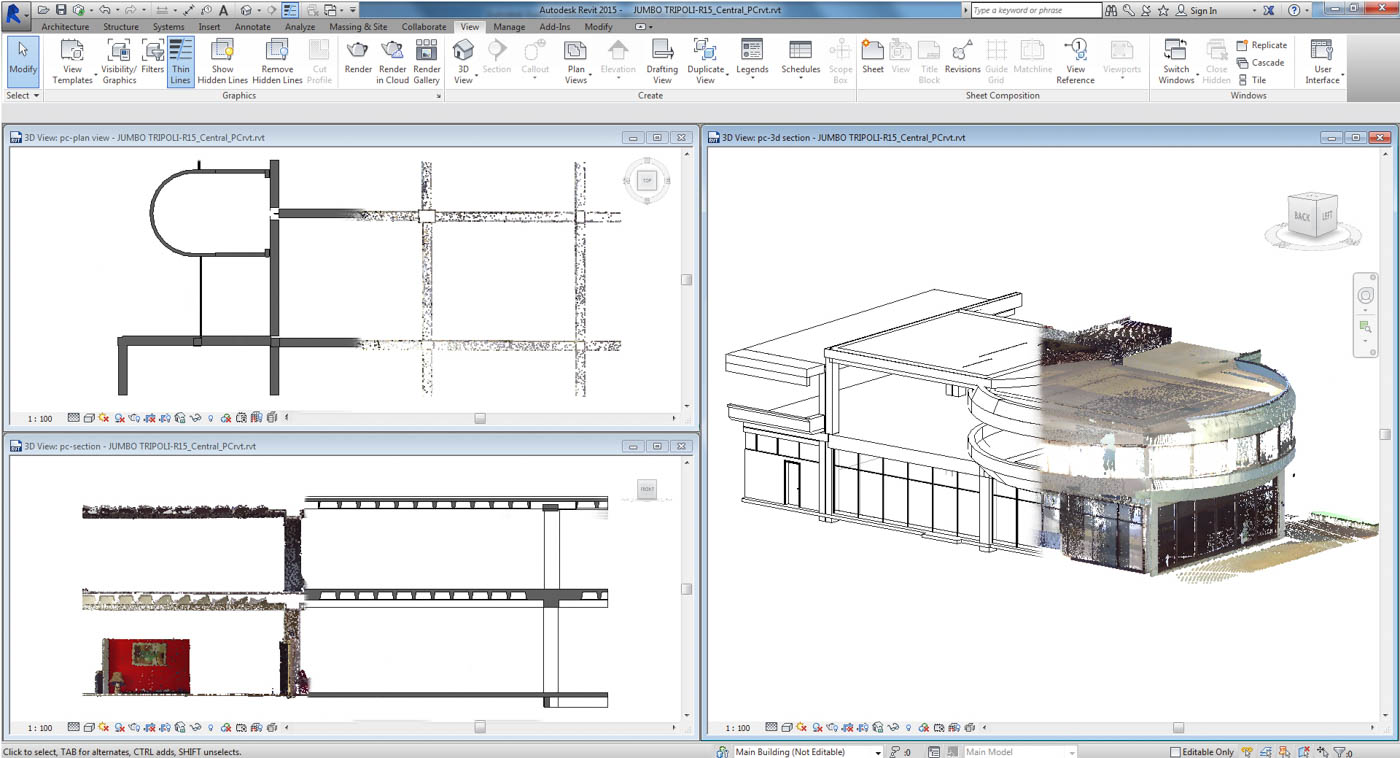 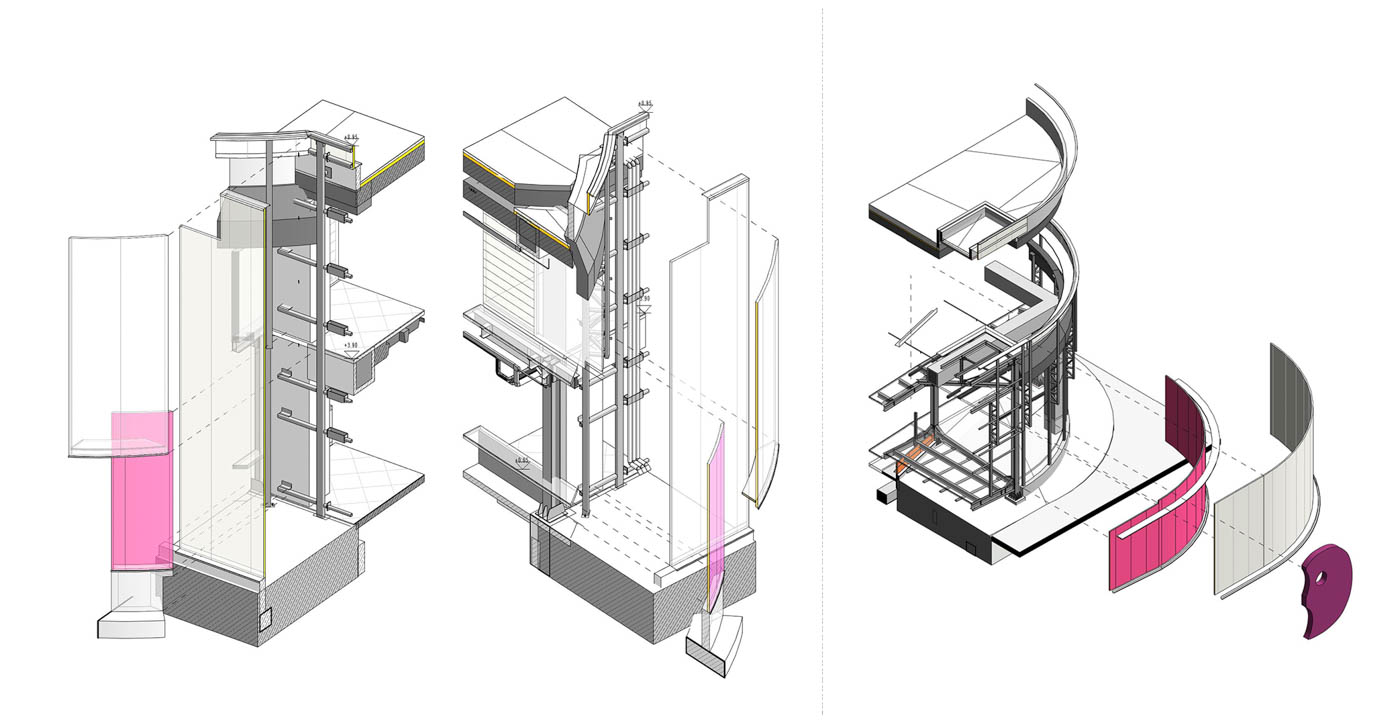