The antithesis of the continuous white floating envelope and the darker voids of the glazed surfaces in the design of the new Terminal of Paros Airport is a play of light and shadow, and a strong reference to Cycladic architecture. 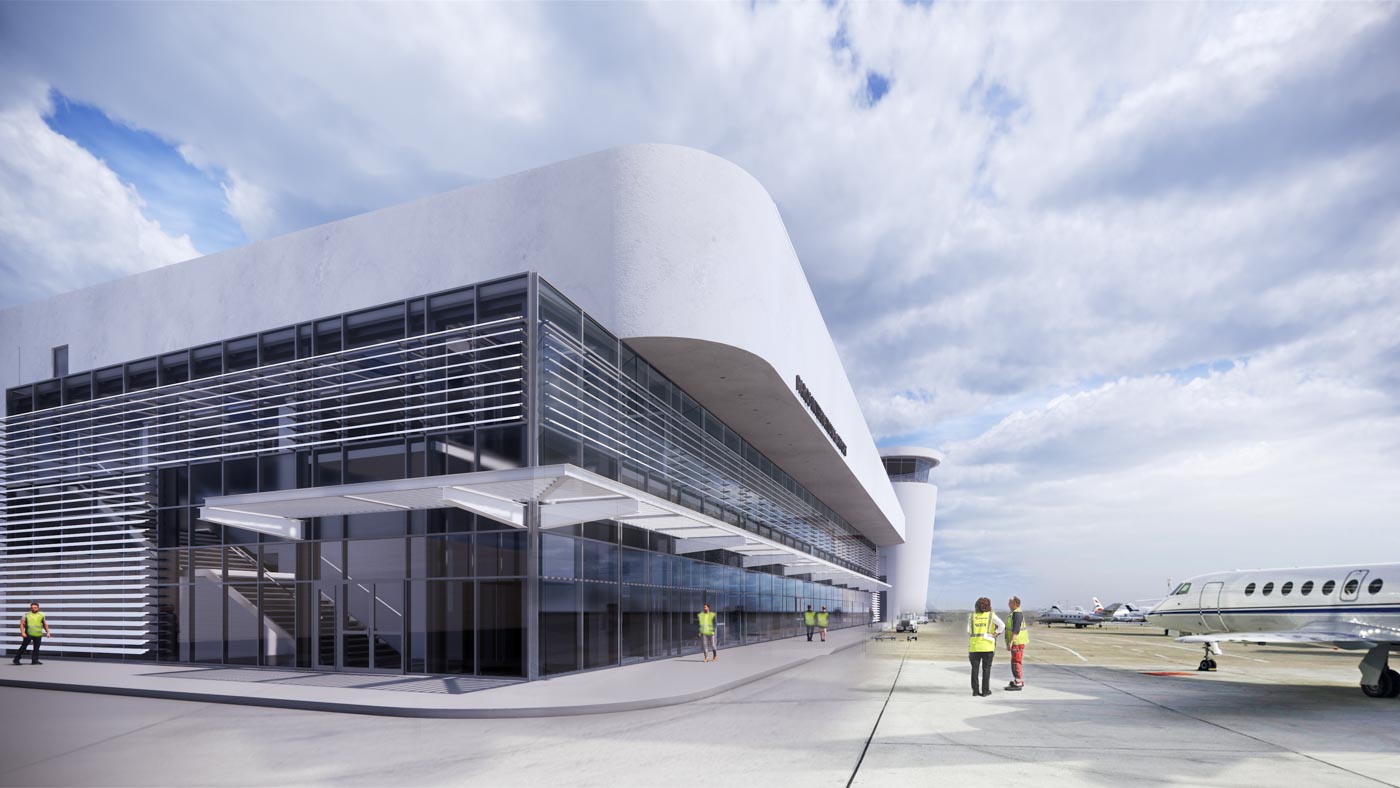 The new Terminal of Paros Airport was planned by the Hellenic Civil Aviation Authority as a response to the steadily increasing popularity of the Aegean Island.

The program required for a terminal with a capacity to serve 250 two-way passengers, with 7 check-in counters and 4 gate lounges, including one to be used as a Swing Gate. A multipurpose hall, several Duty Free and F&B areas have also been included.

The design concept suggested that the mass of the building should be divided in two distinctive volumes, for the Arrivals’ and the Departures’ related operations, with the Air Traffic Control Tower rising above and connecting them. Exterior enclosure is formed with continuous, free folding robust walls with minimum openings, framing larger, transparent, glazed, vertical enclosures. The contrasting relation between the white plastered, sun washed continuous surfaces and the dark shaded transparent planes formulated a strong reference to Cycladic architecture.

EB/ARCHITECTS’ architectural proposal for the new Terminal of the Paros island Airport was the first ever to be presented to a Public Authority in Greece using Virtual Reality technology. 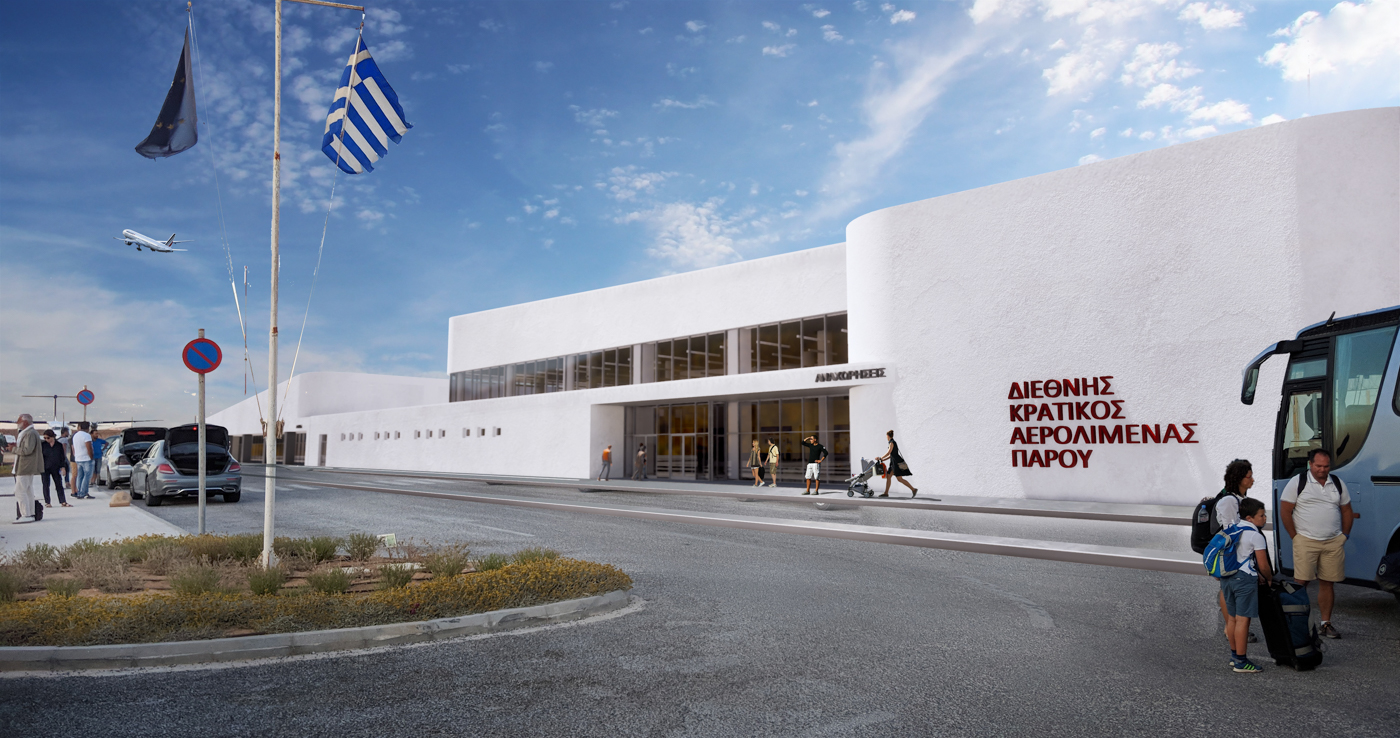 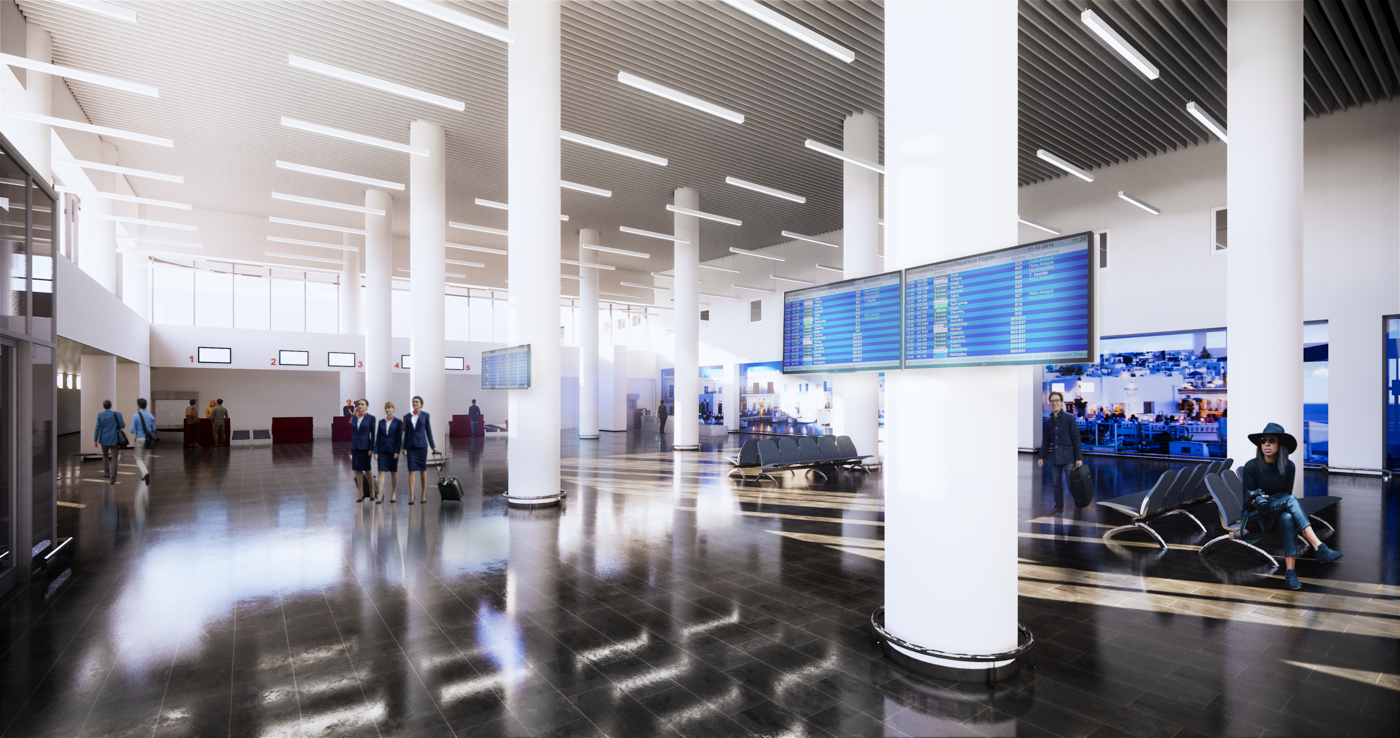 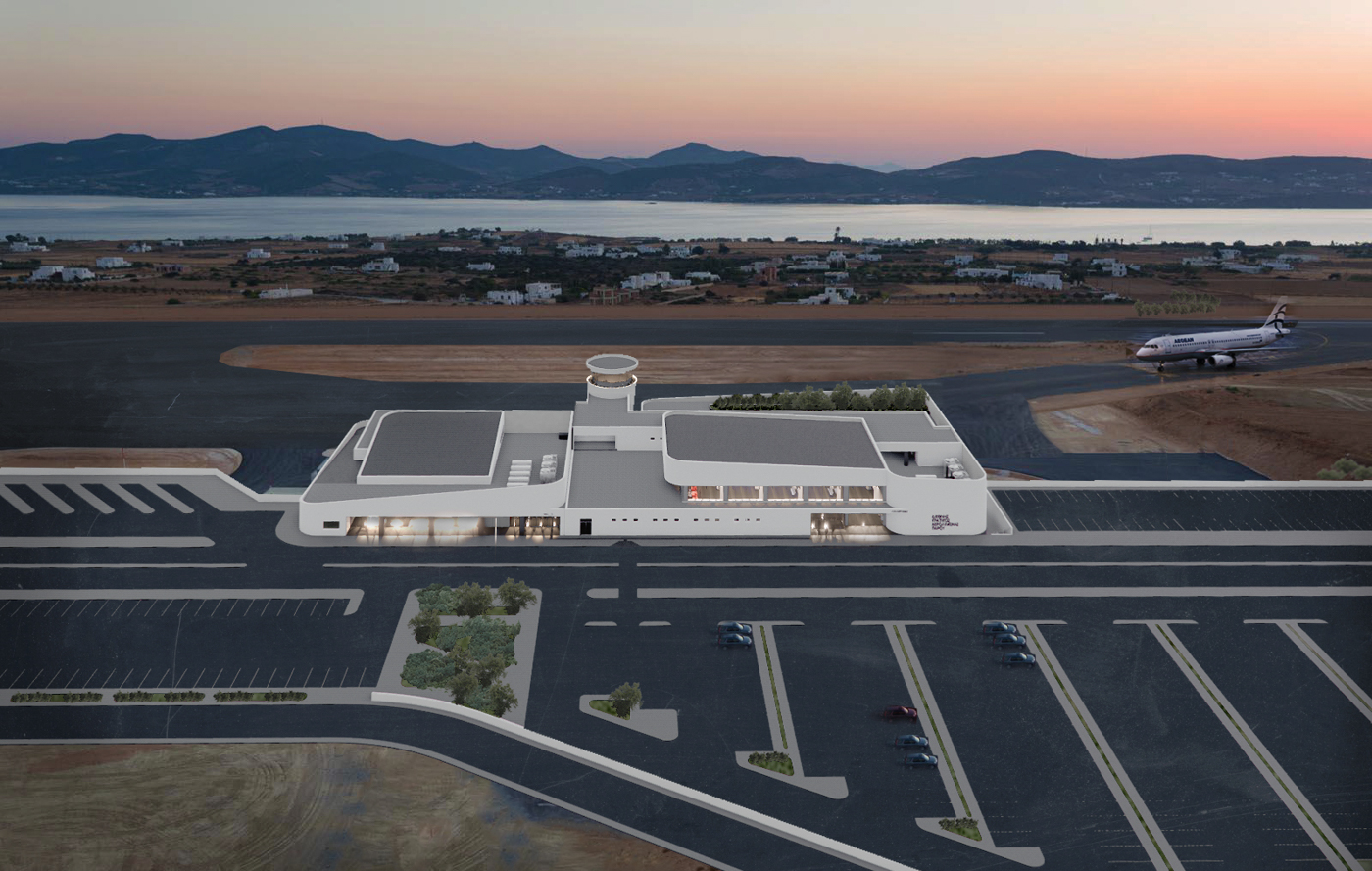 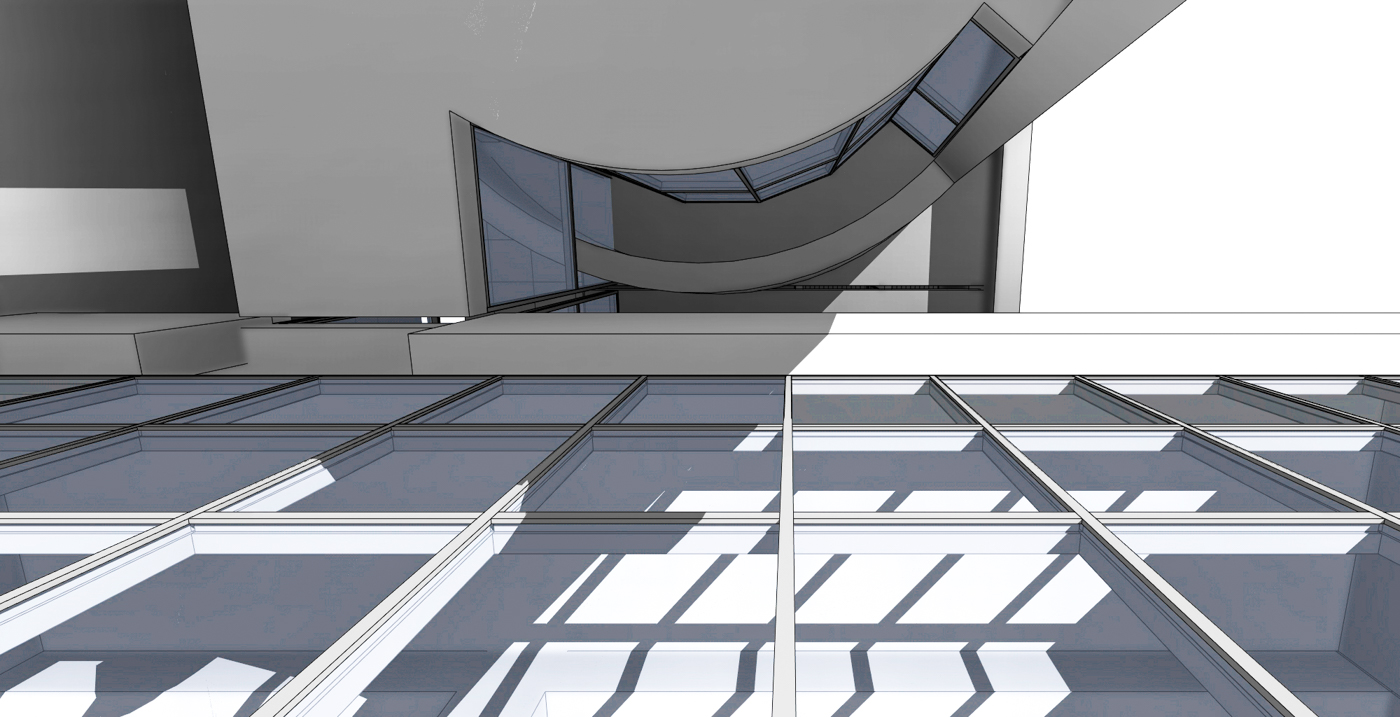