EB/ARCHITECTS responded to the request for an attractive enclosure design for the new Transfer Baggage Facility at the Athens International Airport by proposing an archetypal roof form that left no functional requirements uncovered. 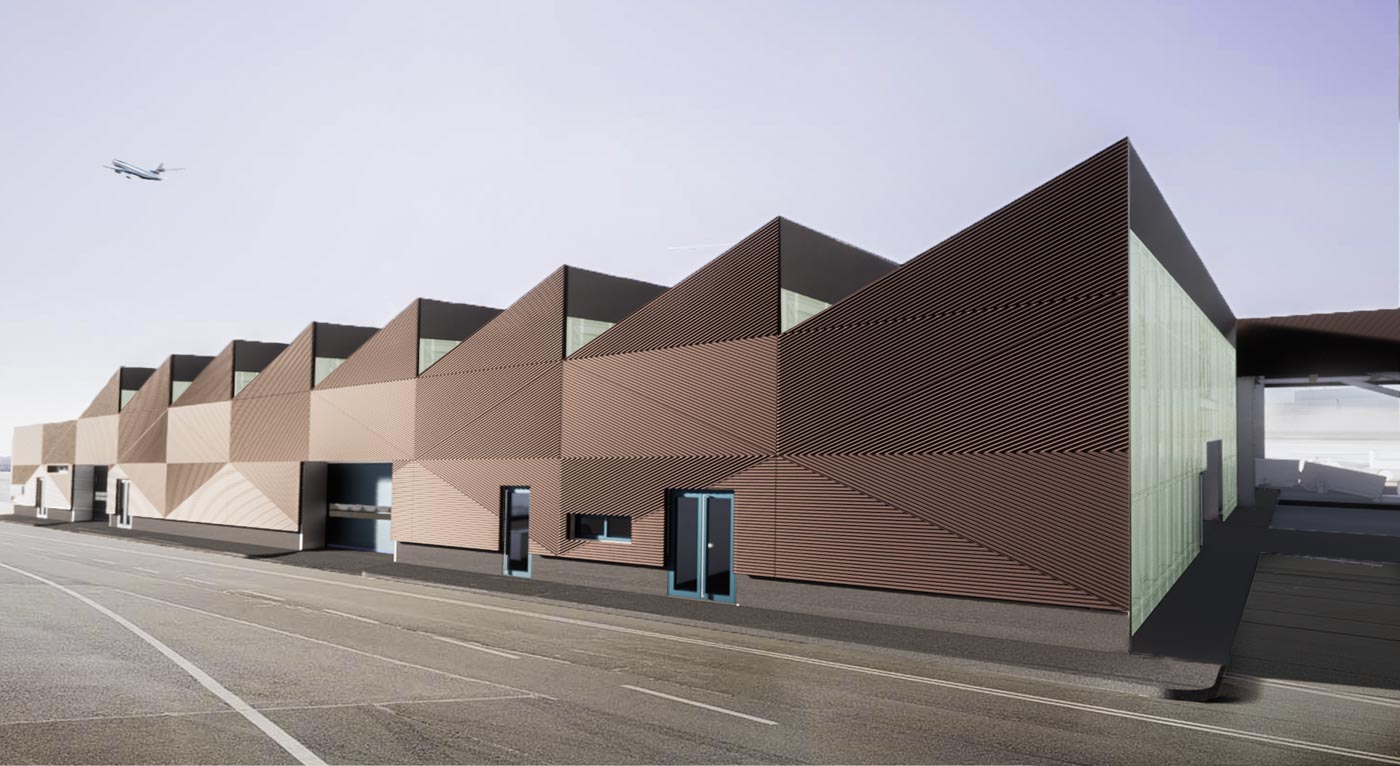 The design of the new Transfer Baggage Facility (TBF) at the Athens International Airport was included in the submittals of a Contractor for a Design-Build competition entry.

The project refers to the expansion of the Baggage Handling Service (BHS) situated in the Main Terminal Building (MTB) to an outer independent location, in order to facilitate the over demanding baggage handling service.

Despite the obvious practical purpose of the facility and the fact that it will not be accessed by passengers or other public visitors of the Terminal, the morphological and aesthetic quality of the building has been clearly stated as an anticipated attribute of the proposed design.

The primary element of the architectural concept was a saw-tooth roof, combined with vertical translucent surfaces that ensured uniform diffusion of light throughout the space below it.

Triangles identical in size and shape to those used for the roof are mirrored and copied in all four facades and eventually cover the entire envelope of the facility.

The interplay of triangles results to an exuberant and impressive pattern, and emanate a sense of boldness with references to the design of aircraft wings and tails. 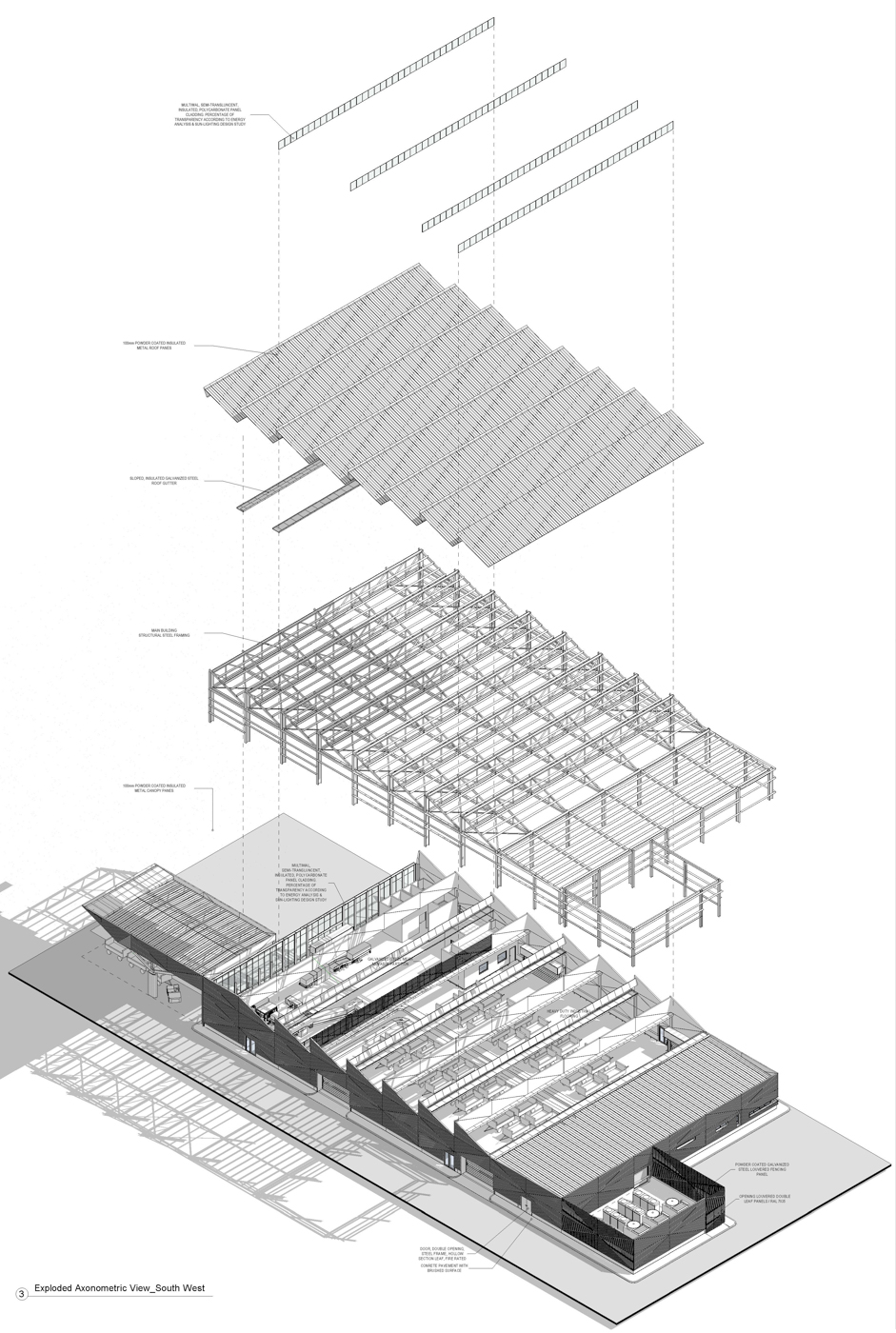 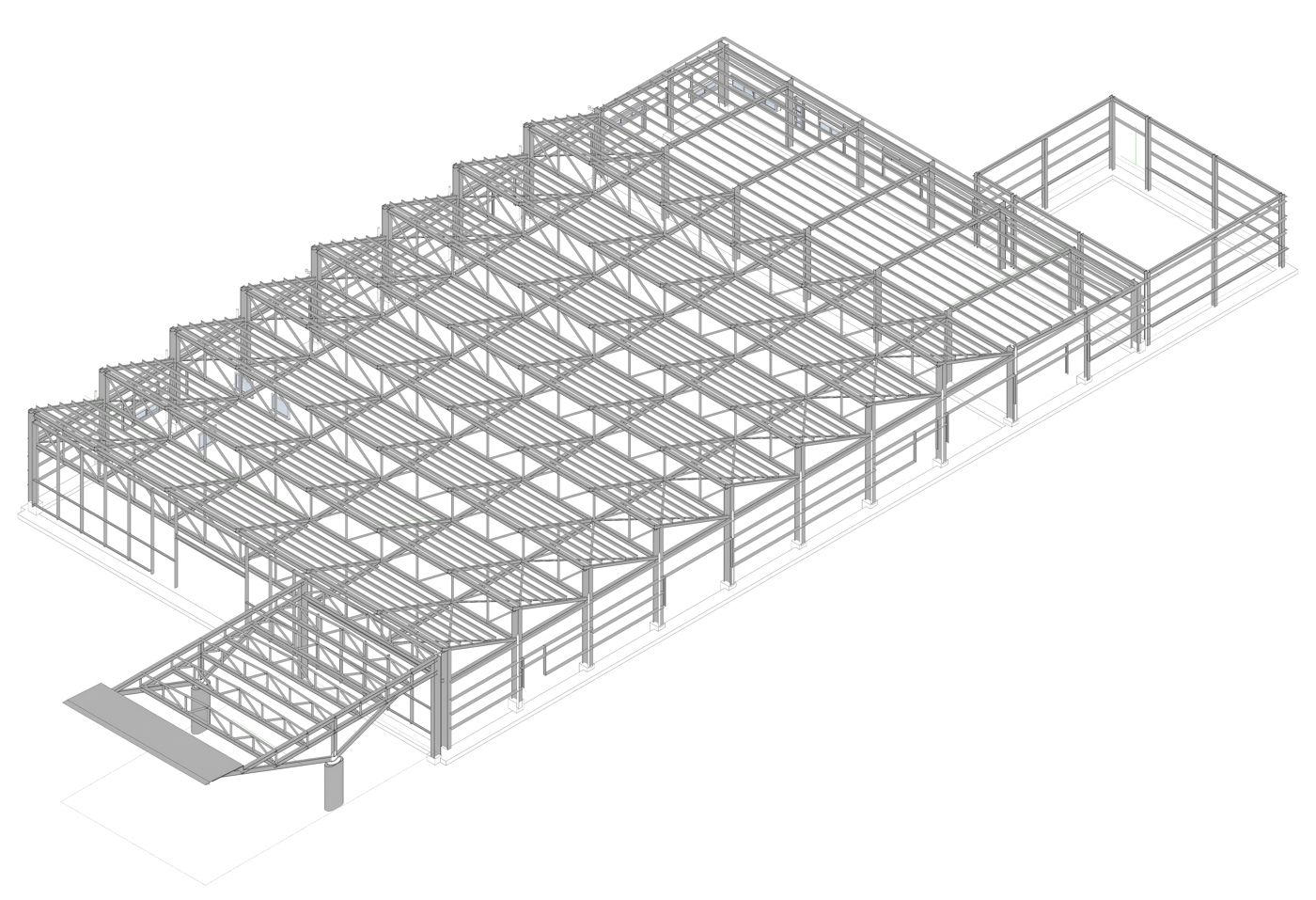 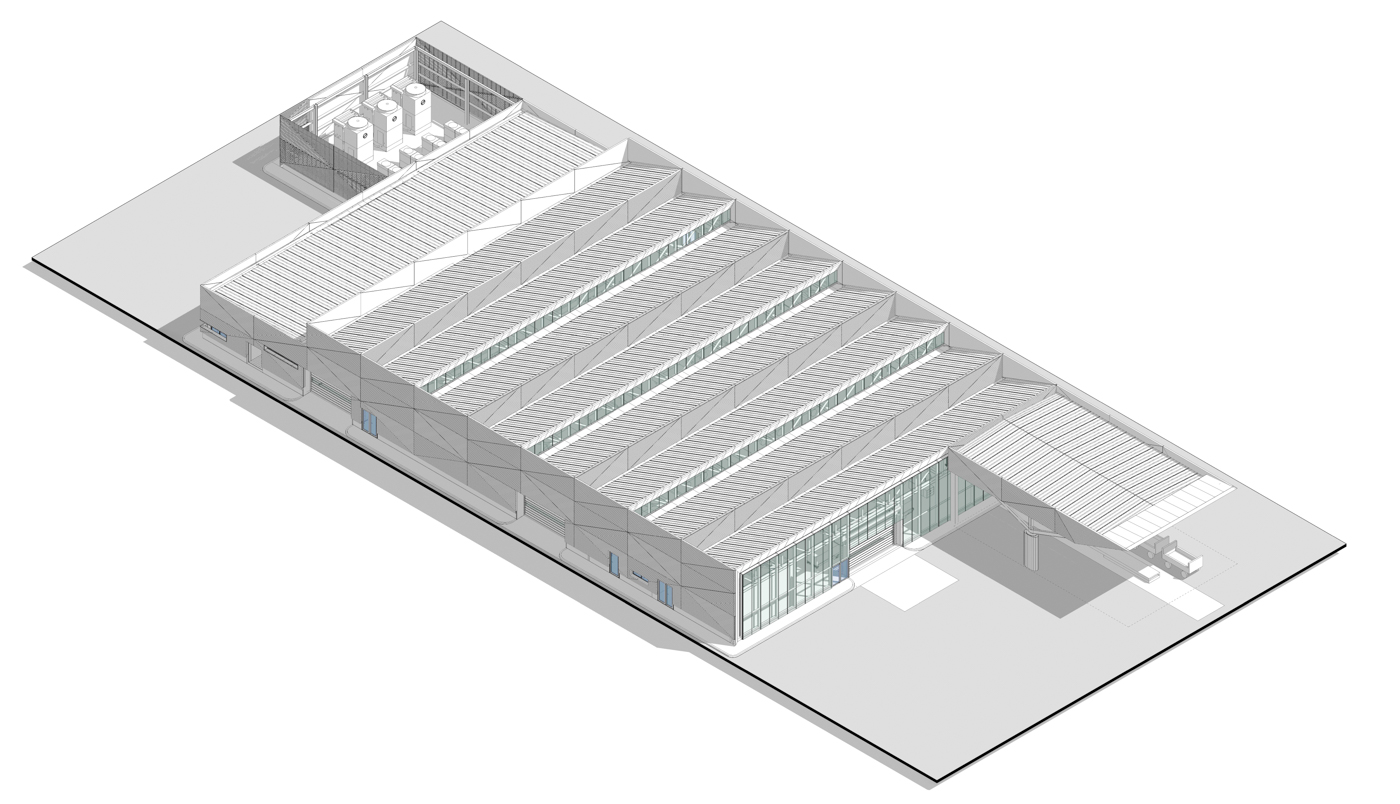 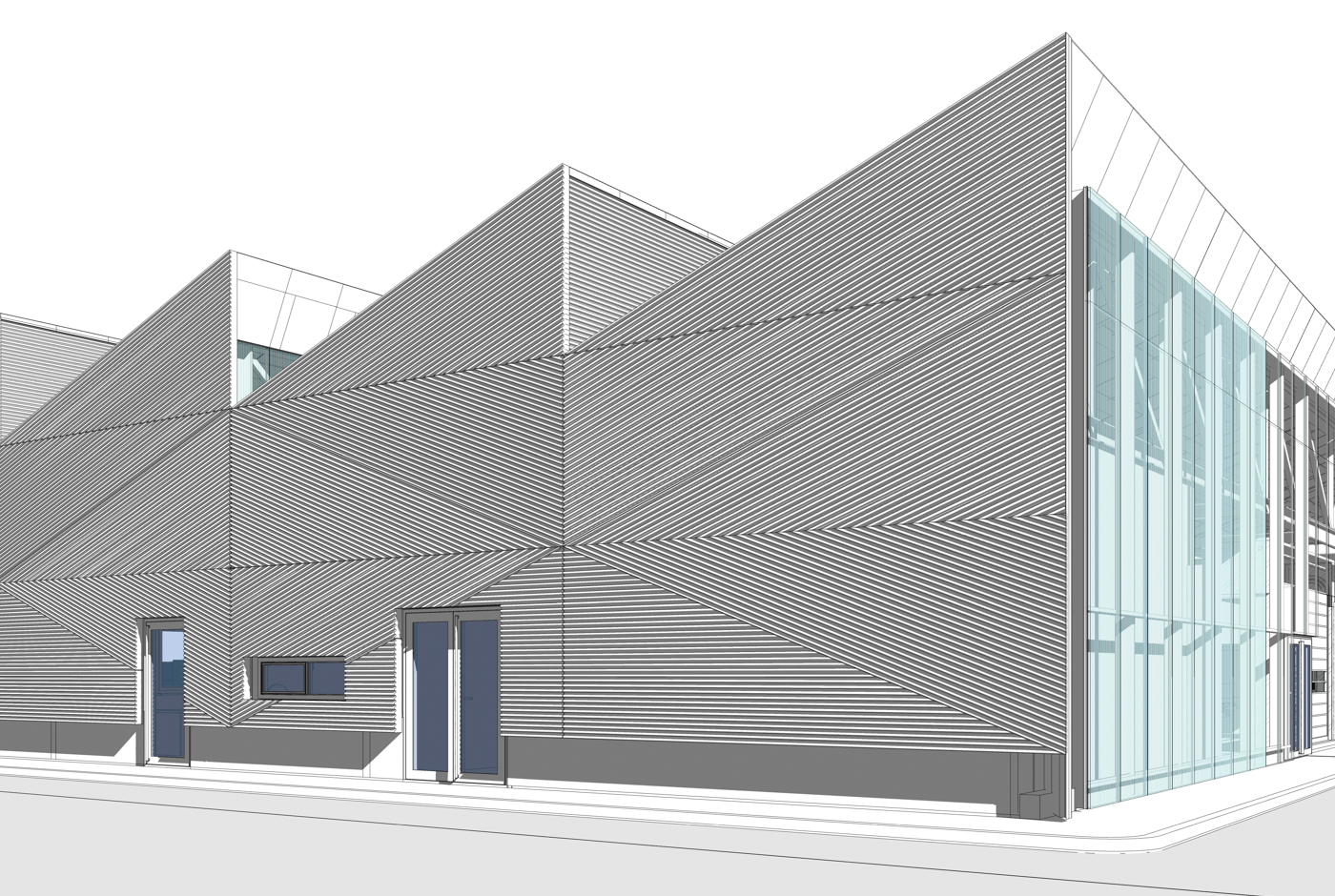 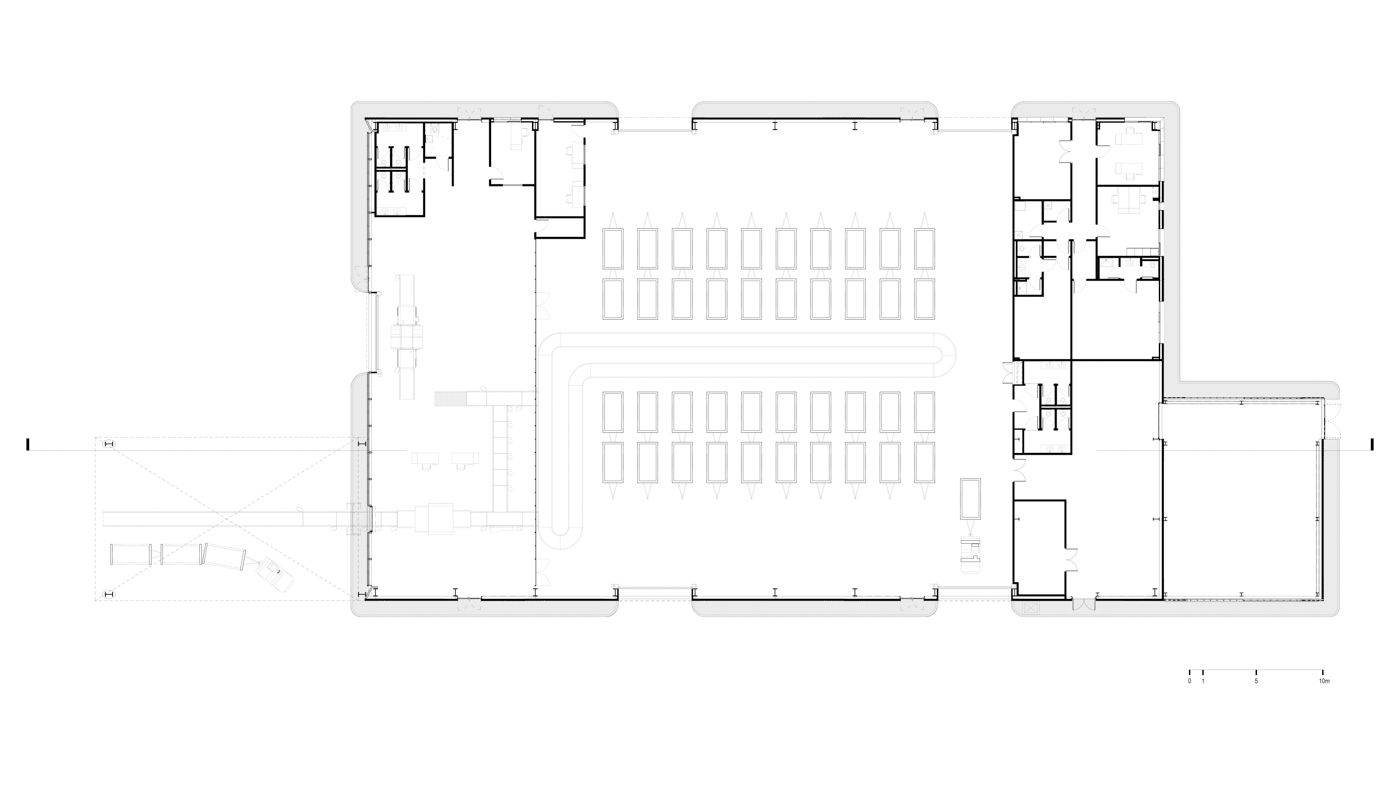